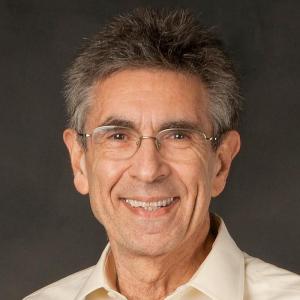 This laboratory focuses on elucidation of the molecular properties and regulatory mechanisms controlling the function of G protein-coupled receptors. The adrenergic receptors for adrenaline and related molecules are used as model systems.

The goal is to learn the general principles of signal transduction from the outside to the inside of the cell. These principles are involved in systems as diverse as sensory perception and neurotransmitter and hormonal signaling.

Studies are performed with isolated proteins, with whole cells in culture, and evenin vivo in whole animals.

Current projects emphasize attempts to understand regulation of the receptors and their desensitization, which occurs in response to persistent stimulation. We have isolated the enzymes and proteins involved in these processes and are studying their mechanisms of action in isolated protein and cellular systems as well as in whole animals.

Most important are special enzymes called G protein-coupled receptor kinases, which phosphorylate the receptors and lead to their desensitization, which occurs when they bind a second protein called ß-arrestin. The same systems can also serve to transmit other signals from receptors. Most recently we have been developing lines of transgenic animals in which these various proteins are either over expressed or "knocked out" by homologous recombination. These genetically altered animal lines are helping to shed new light on the ways in which receptors are regulated. They also have suggested several novel approaches to human therapeutics, especially in heart failure.

Quite recently, we have found that the β-arrestins, in addition to their ability to desensitize G protein signaling, are also able to signal in their own right to a variety of pathways, including:

We have found ligands, for example, for the angiotensin receptor system, which are able to activate β-arrestin-mediated signaling while acting as an antagonist for G protein-mediated signaling. Such ligands may be prototypes for a whole new class of therapeutics, which might be called super-angiotensin receptor blockers or super-β-blockers by analogy. We are currently pursuing the development of such agents.