His mandate is to enhance support and visibility of the department’s community of global health researchers and channel that critical mass of talent in positive directions that leverage Duke’s scientific and operational assets. 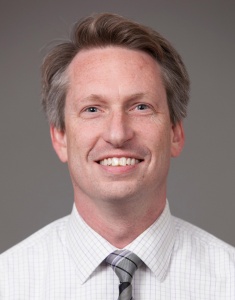 “I'm looking forward to connecting with and making connections between investigators and the Department of Medicine so that we can collectively nurture the talent that is present and make it more feasible for people to work on important global health problems,” says Taylor. The needs in global health are great, but so is the expertise in the department, and so if we can support investigators to fill those needs we can have large impacts.”

As the field of global public health matures, he adds, the time is also right to create channels for engagement and peer mentoring between junior and senior investigators, and increase the exposure of the field for potential recruits as a career opportunity with a high ceiling. Enhancing opportunities for global clinical research, providing gateway experiences for trainees considering global health-research careers, and increasing engagement with the global partners are some of the pathways he sees to accomplish these goals.

“We are thrilled to welcome Dr. Taylor into the research leadership team for the DOM; the breadth and depth of his experience in global health research will be an invaluable resource for our faculty who want to pursue international research,” says Scott Palmer, MD, vice chair, research.

Taylor joined the DOM faculty in 2012 with a primary focus on malaria research, the overall goal of which is to reduce and eliminate the immiserating impacts of malaria in sub-Saharan Africa. His efforts, enabled through close collaborations with other Duke faculty across campus, range broadly from molecular epidemiology of malaria, malaria in pregnancy, clinical trials of malaria prevention, malaria diagnostics, and the molecular pathogenesis of malaria.

Taylor’s studies have been conducted in a range of settings from field, to clinic, to laboratory, and have been published in a diverse range of journals, resulting in collaborative relationships with in-country investigators in a number of malaria-endemic countries in Africa. He has co-authored over 70 peer-reviewed manuscripts, including co-authors from over 10 endemic African countries, been NIH-funded for 10 years, and mentored trainees at the medical student, master’s and PhD, and post-doctoral fellow levels. 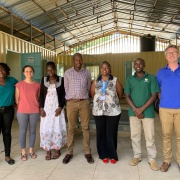 Preventing malaria in high-risk groups has been a major theme for him, and it has critically informed other projects by providing a roadmap by which evidence can be translated into policy. He cut his teeth in malaria research through the Malaria in Pregnancy Consortium, a clinical trial consortium funded by the Bill and Melinda Gates Foundation to test new approaches to the prevention of pregnancy malaria in Africa. His scholarship resulting from this group has informed the policy formulation process of the World Health Organization’s (WHO) Global Malaria Program, where it has been used in rationales in support of evidence-based guidelines.

A recently completed study focuses on another high-risk group, children with sickle cell anemia, which annually afflicts over 240,000 newborns in Africa.  The NLBI-funded clinical trial, “Enhancing Preventive Therapy of Malaria in Children with Sickle Cell Anemia (SCA) in East Africa” (EPiTOMISE), focuses on providing an evidence base for the use of new strategies to protect children with SCA from malaria and reduce morbidity of SCA in malaria-endemic areas.

As an NIH-funded randomized clinical trial in Africa, the trial is a first for Duke and for Duke Clinical Research Institute (DCRI), which has partnered with teams at Moi University in Kenya to coordinate the trial. With the conclusion of this trial in 2021, this approach to rigorous, modern comparative effectiveness research of malaria prevention will be repurposed starting in 2022, when he will lead teams from DCRI, Moi University (Kenya), UNC, and the Kinshasa School of Public Health (DR Congo) in a large randomized trial testing a strategy to improve pregnancy outcomes by intercepting malaria parasites during the first trimester of pregnancy.

These clinical trials are complemented by exploratory studies of parasite epidemiology, transmission, and biology. Through field-based studies and partnerships with Wendy O’Meara, associate director for research, Duke Global Health Institute (DGHI) and investigators at Moi University, he has explored how symptom-less parasite infections shape the risk of disease and transmission of parasites. In translational studies of parasite pathogenesis, his lab has explored the mechanisms by which sickle-trait hemoglobin neutralizes malaria parasites, including the recent identification of a novel parasite evolutionary response to sickle-trait. Characterizing this response more fully could lay the groundwork for neutralizing the parasite with novel interventions.

Taylor joined the Duke faculty in 2012 through an NIH Mentored Clinical Scientist Career Development Award. Through collaborations with investigators at DGHI, biomedical engineering, biology, chemistry, and biostatistics, he has obtained sustained R-level grant support, and built a home for interdisciplinary research in malaria through his laboratory, the Duke Malaria Collaboratory. In leading efforts to build a sustainable network of malaria investigators at Duke, Taylor has developed projects with co-PIs from several schools and led the Duke Malaria Investigators Group.

Taylor received his bachelor’s degree from Trinity College of Duke in 1998 and earned his M.D. from Duke University School of Medicine in 2004.  While a medical student at Duke, a classmate introduced him to the concept of global health, and he chose to extend his medical school time by one year to earn an MPH at UNC Gillings School of Global Public Health and to pursue international health electives in Cuba and Thailand, the latter with the Centers for Disease Control and Prevention’s International Emerging Infections Program.

He pursued an internal medicine and primary care residency at Yale University School of Medicine, where he conducted clinical research work in HIV at the West Haven VA Medical Center. As a Yale Johnson & Johnson Scholar in International Health, Taylor’s interest in the field solidified through his experience in clinical care at Batoka Hospital, Livingstone, Zambia and his admiration for the careful, thoughtful approach to answering clinical and research questions that was modeled by mentors in infectious diseases at both Yale and Duke.

After returning to Duke for his infectious diseases fellowship in 2007, Taylor spent his research fellowship years unconventionally, by joining the laboratory of his mentor Steve Meshnick, MD, PhD, professor of epidemiology at UNC Gillings School of Global Public Health, who modeled the value of a multidisciplinary and collaborative approach to malaria research.

He ultimately spent four years in the lab learning molecular tools by which to investigate the epidemiology of falciparum malaria. It was under Dr. Meshnick’s mentorship that he got hooked on multidisciplinary studies of malaria and their translation to policy and clinical impact, earning a K08 Career Development Award just prior to joining the Duke faculty.

In addition to his laboratory, Taylor serves as a member of the Duke University Health System Institutional Review Board and as study program director for the MD Third Year program’s Microbiology, Infectious Diseases, and Immunology Program (MIDIP), for which he advises rising MS3’s on options with MIDIP mentors and supervises their progress. Taylor also serves on the Advisory Council of the MSc-GH program at DGHI, which provides oversight of academic and programmatic issues. Clinically, he practices at the Durham VA Medical Center, where he is a member of the Infectious Diseases Section, takes care of people with HIV infection in the clinic, and attends on the consult and general medical services.