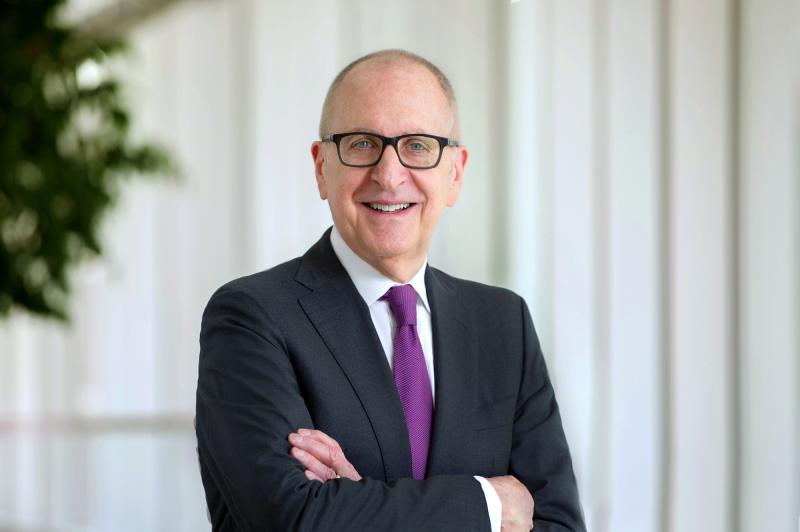 David J. Skorton, MD, president and CEO of the Association of American Medical Colleges (AAMC), will present at Duke Department of Medicine Grand Rounds on Fri., Sept. 9, 2022, at 8 a.m. through the Pamela S. Douglas Visiting Scholar Program. Skorton will visit Duke to present, "Advancing DEI in Academic Medicine: Its Critical Importance and the Role We All Must Play." The presentation will also be offered virtually on Zoom.

After a distinguished career in government, higher education, and medicine, in 2019 Skorton began his leadership of the AAMC, where he has overseen a comprehensive strategic planning process to establish a new mission and vision for the AAMC. It also introduced 10 bold action plans to tackle the nation’s most intractable challenges in health and make academic medicine more diverse, equitable, and inclusive.

Throughout the COVID-19 pandemic, Skorton has contributed to the national response through frequent interactions with senior government officials, appearances in national media, and the development of a Road Map to Reset the Nation’s Approach to the Pandemic. He and other AAMC leaders and experts sounded the alarm on shortages of personal protective equipment in hospitals, testing shortages in academic laboratories, and the importance of respecting science and the scientific process in efforts to fight the pandemic.

When national protests erupted over police brutality in 2020, Skorton was a passionate and outspoken voice for ending systemic racism in academic medicine and addressing persistent health disparities. He raised awareness about the social determinants of health—such as education, job opportunities, family/social support, community safety, and environmental and housing conditions— that affect a person’s health and well-being, and are, in turn, influenced by fundamental upstream factors such as poverty and systemic racism. In the AAMC’s award-winning podcast “Beyond the White Coat,” Skorton has addressed a number of topics, including diversity, equity, and inclusion in academic medicine

Before joining the AAMC

Prior to assuming the helm of the AAMC, Skorton served as the 13th secretary of the Smithsonian Institution, where he oversaw 19 museums, 21 libraries, the National Zoo, and numerous research centers and education programs. Key accomplishments during his tenure include the opening of the National Museum of African American History and Culture on the National Mall, the completion of a $1.88 billion campaign to support high-priority initiatives, and the development of a bold strategic plan, which included goals to reach one billion people annually by 2022 through a “digital first” strategy and to convene national conversations on issues critical to the United States. He also diversified the Smithsonian’s leadership, with women and people of color accounting for 69% of new hires at the director level or above during his tenure, including the first female director of the National Air and Space Museum and the first woman to be named director of the National Museum of American History. The Smithsonian’s American Women’s History Initiative also was created during his tenure, as well as plans for the first Latino Gallery on the NationalMall.

Skorton served as president of Cornell University from 2006 to 2015. Under his leadership, the university won an international competition to establish a technology campus (a joint academic venture between Cornell and the Technion – Israel Institute of Technology) in New York City, and completed the largest capital campaign in Cornell’s history. He also made student, faculty, and staff mental health a priority during his tenure, and was recognized by the university naming the Skorton Center for Health Initiatives related to student well-being.

Skorton also served as president of the University of Iowa from 2003 to 2006. As a member of its faculty for 26 years, he specialized in the treatment of adolescents and adults with congenital heart disease. A pioneer of cardiac imaging and computer image processing techniques, he was co-director and co-founder of the university’s Adolescent and Adult Congenital Heart Disease Clinic.

He served on the AAMC Board of Directors from 2010 to 2013, and he was the charter president of the Association for the Accreditation of Human Research Protection Programs, Inc., the first group organized specifically to accredit human research protection programs. In addition, Skorton has held leadership positions with the American College of Cardiology, the American Heart Association, the American Institute of Ultrasound in Medicine, and the American Society of Echocardiography. He has been honored with local, regional, and national awards that recognize his service to medicine, higher education, and international relations.

More information on Duke Medicine Grand Rounds and how to join

AAMC (Association of American Medical Colleges) is a not-for-profit association dedicated to transforming health through medical education, patient care, medical research, and community collaborations. It represents all 155 accredited U.S. and 17 accredited Canadian medical schools; more than 400 teaching hospitals and health systems, including Department of Veterans Affairs medical centers; and more than 70 academic societies. Through these institutions and organizations, the AAMC leads and serves America’s medical schools and teaching hospitals and their more than 179,000 full-time faculty members, 92,000 medical students, 140,000 resident physicians, and 60,000 graduate students and postdoctoral researchers in the biomedical sciences. Learn more about AAMC.