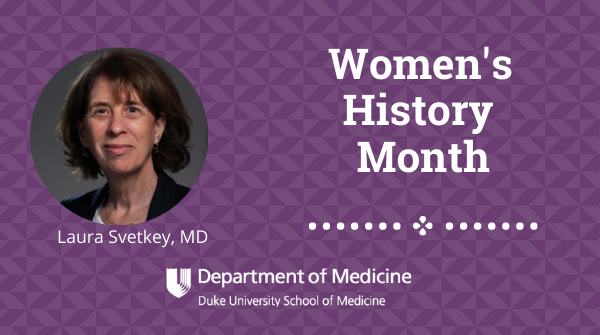 I’m old enough to have grown up when the idea of a woman being a doctor could raise eyebrows. My medical school class of 1979 had the highest percentage of women in the country, about 30%. I can’t recall a single woman professor or attending. Sexist and homophobic remarks were casually dropped by speakers, teachers, leaders – who were almost entirely white men.

As a white woman in the Northeast, I had little exposure to explicitly racist remarks, but there was a clear assumption of white superiority. When I arrived at Duke in 1982, the department chair called me “honey”. The party line was that this was a friendly Southern thing, but I had a hard time imagining being taken seriously when my boss greeted me with an unwarranted term of endearment.

Another leader stated at a meeting early in my career, “I’m never having professional relationships with a woman again.” This because someone he hired had complications of pregnancy and childbirth that inconvenienced him. I wondered at the time who had taken the physical and career risk of bearing his children. But I didn’t say anything, just put my head down and decided to do my part to prove him wrong about women being bad colleagues or at least to “outlast the bastard” (my mantra at the time; fast forward: I did).

Not saying anything was my modus operandi through most of my early career. I’m frankly ashamed of that silence. And also recognize that it was in part due to the cultural soup I grew up in. A cultural soup in which it was deeply assumed, absolutely taken for granted that women were inferior in academia and the workplace (not so much in the home in my culture – Jewish women have tended to be pretty powerful in the home!). The stories of a woman in a conference room full of men who ignored her or a man being credited with her ideas that he had restated almost verbatim, I experienced those stories ad nauseum.

But culture shifted. Now it’s hard to imagine that scene happening in our Department, especially with so many women in those conference rooms. Hard to imagine someone ignoring Kathy Cooney, Ebony Boulware, Cathleen Colon-Emeric, MD, Amy Porter-Tacoronte, or someone taking credit for an idea that Mary Klotman just put on the table!

Culture shifted largely because of the people who were role models and inspiration for me early in my career – Nancy Allen, who started the Program for Women in Internal Medicine (PWIM) in the 1980s; George Phillips who started the Minority Recruitment and Retention Committee (MRRC) around the same time; Diana McNeil, who was courageously outspoken about her decision to work part-time when her children were young, despite the certainty that this would kill her academic career (look at her now!); Joanne Wilson, MD, who has always spoken out about the particular challenges and strengths of Black women; Bart Haynes, Harvey Cohen, and Mary Klotman, who as Department Chairs put diversity and equity squarely on the table.  More recently those inspirations include Dinushika Mohottige, Kimberly Johnson, and Ebony Boulware, who meticulously demonstrate the power of rigorous scientific method in addressing equity in healthcare and in academic medicine.

I’m inspired and encouraged by the leaders in the Department of Medicine who are rewriting the cultural soup recipe: Kim Evans as Chair of MRRC; Dani Zipkin as Chair of PWIM; John Duronville and Jane Gagliardi leading our two bystander programs, Stepping In for Respect and Civility Champions, respectively; Julius Wilder as Chair of our new Diversity, Equity, Inclusion and Antiracism Committee; Kevin Thomas as Duke’s first Vice Dean for DEI; Ann Brown’s role promoting professionalism in the SOM. Kathy Cooney and Amy Porter-Tacoronte who have steadfastly defended equity priorities in the face of so many competing priorities. Our vice chairs, division chiefs, division administrators, new cadre of vice chiefs for DEI, numerous faculty, staff and trainees all working with these leaders and elsewhere to be intentional about diversity, equity, inclusion; to embed that lens in everything we do.

Of course, we know there are still challenges for women in medicine. For women in general. I can’t tell you how much yelling at my tv occurred when there would be yet another news report of the impact of the pandemic on women in the workforce. Women who left work or suffered lost opportunity at work to stay home to educate and care for children. Fathers are almost never mentioned in this reporting.

I was yelling, “Why are you only talking about the women?? Didn’t we decide in the women’s movement of the 1970s that both mothers and fathers are important and responsible for child-rearing? That both men and women are important in the workforce? Why is this all on the backs of women?” Of course, we know why. Women still do the lion’s share of child rearing (not exclusively so, of course, and many of us with great joy and satisfaction) and tend to be the lower wage earner in a heterosexual couple. So, when covid hit the fan, women went home and we all acted as if that was just the way it was meant to be.

This is a blind spot that very well-meaning people have. We all have blind spots. And, of course, blind spots don’t apply just (or even primarily) to women. I see this history, these experiences as part of the foundation of our diversity, equity and inclusion (DEI) work. Representation at the table. Recognizing, naming, calling out disrespect. Standing up for each other. Feeling safe and encouraged to speak. Changing the cultural soup. Changing the structures that perpetuate the cultural soup.

Like so many, for so many reasons, I’m occasionally discouraged, frustrated, angry, sad, impatient, skeptical, pessimistic. …Hmmm. Is that me or the morass of 2020-2021 talking?

Nonetheless, I’m optimistic (but not at all complacent). So many things that used to be okay to say or do are no longer okay. So many opportunities that seemed to be for a tightly restricted group of people, in part because of a self-referential and narrow definition of who is qualified for those opportunities, are now intentionally being re-examined through an equity lens.

It’s so easy to see what’s not where we want it, but I have found that frame of mind paralyzing. To move forward, I need optimism, and sometimes history is its source.

The main thing is to do the right thing.

Laura Svetkey, MD, is a professor of medicine and vice-chair for faculty development & diversity in the Department of Medicine.